Tinnitus: What is causing Ringing and Pain in your Ears? 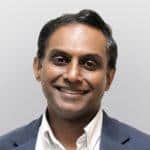 Pain in the ear (otalgia), is a common manifestation among adults and children. There are many causes of pain in the ear but the most common is infection and it can stimulate other symptoms such as ringing in the ear (tinnitus).

Causes of Ringing and Pain in the Ear

Ringing and pain in the ear can be caused by any of the following:

· Injury in the Ear

The eardrum can be ripped by objects inserted into the ear as well as by other traumas including loud noise, or being punched in the ear. This can result in soreness which may be infected with time. The hearing nerves also may be affected by this, and in turn, cause excruciating pain and ringing in the ears.

In most cases, a ripped eardrum heals effectively on its own. However, you should visit a private ENT (Ear, Nose, and Throat) specialist, Manchester if the pain persists.

Swimming enthusiasts are more likely to develop otitis externa, and those with skin infections like eczema around the ears are also at risk.

Otitis externa can cause your ear to feel painful or scratchy, and also you might experience ear discharge as well as ear blockage. This can cause you to have trouble hearing as usual.

Attempting to use a cotton bud to remove earwax may force the wax farther into your canal and result in a blockage that hurts.

These ear wax are produced by your ears to protect your ear canals and it naturally comes out of your ear on their own. However, your ear canal may become blocked by a wax plug occasionally. This would make you feel uncomfortable and experience ringing in your ears.

If the pain persists, your earwax may need to be flushed hence you need to see an ENT (Ear, Nose, and Throat) surgeon near you.

When the varicella-zoster virus which causes chickenpox is reactivated in just one nerve, it can result in shingles. The area of skin that the nerve supplies experiences pain and a rash as a result. Sometimes shingles can harm the nerve that supplies the ear and this may result in pain and ringing in the ear.

Sometimes in a bid to dewax your ears or ease the tickling sensation, objects like cotton buds and bits of wood can get stuck in your ears. Although it can happen to adults as well, this is most typical among youngsters.

Contact an ENT (Ear, Nose, and Throat) surgeon near you to help remove any object stuck in your ear because you risk pushing the foreign object deeper into the ear canal if you attempt to remove it yourself. This could result in pain in the ear, ear discharge, or loss of hearing, and the eardrum might be damaged as well.

Long-term exposure to loud noise, which can be linked to pressure changes when a plane descends and scuba diving, is a common cause of pain in the ear and is also to blame for ringing in the ears.

You should visit a private ENT (Ear, Nose, and Throat) specialist in Manchester if the pain persists a few days after flying or diving.

Nonsteroidal anti-inflammatory drugs (NSAIDs), antibiotics like gentamycin, water pills (diuretics), antidepressants, and antimalarial drugs have been linked to medications that cause tinnitus.

Tinnitus normally gets worse as these drugs are taken at higher doses. When you stop using these medications, the disturbing noise often disappears.

Due to the extra mucus that you produce because of a cold, an ordinary cold can cause pain in the ears without an infection in the ear.

Some of this could build up in the middle ear, pressing on the eardrum and resulting in pain in the ear.

Electrical signals are set off by this movement and travel up the nerve from your ear to your brain (auditory nerve). These signals are interpreted as sound by your brain.

Neurologic diseases, including multiple sclerosis, can be traced to muscles seizure in the inner ear. Although this sometimes happens for no explainable reason, yet can result in tinnitus, a feeling of dullness in the ear, and hearing loss.

Submit your details and receive a call-back from our Consultant Coordinator.